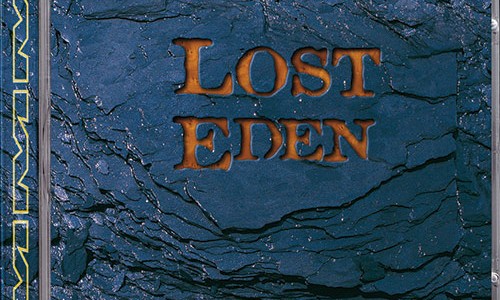 In the legendary Lost Eden soundtrack, Stéphane Picq caught echos of ancient times. When earth was a lost paradise, tribals electronic climates were flown by dysphonic vocals and ethereal crystal voice. For when humans and dinosaurs lived together, samples sang the way of the world.
Lost Eden includes a CD-ROM track for MAC & PC featuring a multimedia app with a track-by-track making of the album, a video of Stéphane Picq introducing us to his world and his music, and many illustrations and artworks from the game, by Jean-Jacques Chaubin.

Lost Eden, available on our e-shop.